David Eagleman is an American neuroscientist, author, and science communicator. He teaches neuroscience at Stanford University and is CEO and co-founder of Neosensory, a company that develops devices for sensory substitution. He is the writer and presenter of The Brain, an Emmy-nominated television series on PBS and BBC.

Dr. Eagleman’s areas of research include sensory substitution, time perception, vision, and synesthesia. He also studies the intersection of neuroscience with the legal system and directs the Center for Science & Law, a nonprofit that leverages technology to bridge the gap between neuroscience and the law to advance justice.

He is a Guggenheim Fellow and the author of many books, including The Runaway Species, The Brain, the New York Times bestseller Incognito: The Secret Lives of the Brain, and Wednesday is Indigo Blue.  He is also the author of a widely adopted textbook on cognitive neuroscience, Brain and Behavior, as well as a bestselling book of literary fiction, Sum, which has been translated into 32 languages, turned into two operas, and named a Best Book of the Year by Barnes and Noble.

Nominated for a Pulitzer Prize, David Eagleman’s most recent book, Livewired: The Inside Story of the Ever-Changing Brain, explores the phenomenon of brain plasticity, revealing how the brain is not hardwired but rather is a livewired dynamic system, constantly modifying its own circuitry to match the demands of the environment and the body in which it finds itself. With his characteristic clarity and enthusiasm, Dr. Eagleman discusses the myriad ways that the brain absorbs experience: developing, organizing, arranging and redeploying the data it receives to make us who we are. Livewired is deeply informative and wonderfully engaging, drawing upon decades of the most important discoveries in brain science as well as Dr. Eagleman’s own groundbreaking research to explore topics such as synesthesia, dreaming, and wearable devices that are revolutionizing how we think about the five human senses.

David Eagleman writes for The Atlantic, the New York Times, Discover Magazine, Slate, Wired, and New Scientist, and appears regularly on National Public Radio and BBC to discuss both science and literature.  He has been a TED speaker, a guest on the Colbert Report, and profiled in The New Yorker magazine.

He received his undergraduate degree in in British and American literature from Rice University, earned his PhD in Neuroscience at Baylor College of Medicine, and did a postdoctoral fellowship at the Salk Institute. 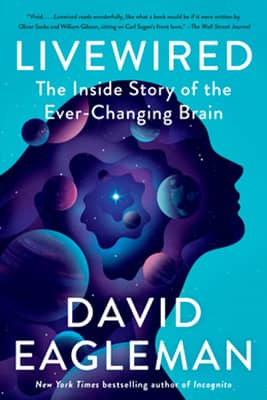 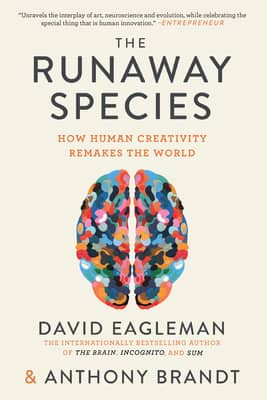 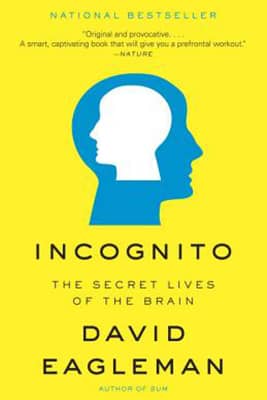