William Browder is an American-born British financier and political activist. He is the CEO of Hermitage Capital Management, the Head of the Global Magnitsky Justice Campaign and Author of Red Notice. He was the largest foreign investor in Russia until 2005, when he was denied entry to the country and declared “a threat to national security” for exposing corruption in Russian state-owned companies.

Following his explosive New York Times bestseller Red Notice, Bill Browder returns with another gripping thriller chronicling how he became Vladimir Putin’s number one enemy by exposing Putin’s campaign to steal and launder hundreds of billions of dollars and eliminate those who stand in his way. At once a financial caper, an international adventure, and a passionate plea for justice, Freezing Order: A True Story of Money Laundering, Murder, and Surviving Vladimir Putin’s Wrath is a stirring morality tale about how one man can take on one of the most ruthless villains in the world—and win.

When Bill Browder’s young Russian lawyer, Sergei Magnitsky, uncovered a $230 million tax refund scheme, he testified against Russian Interior Ministry officials as the perpetrators of the fraud. He was subsequently arrested and beaten to death in a Moscow jail. Since that time, Browder has made it his mission to pursue Magnitsky’s killers and bring them to justice. Searching to uncover who was behind the fraud, Browder and his team tracked the money flowing out of Russia through the Baltics to Western Europe and the Americas, and were stunned to discover that Vladmir Putin himself was a beneficiary of the crime. Freezing Order contends that it was Browder’s campaign to expose Putin’s corruption that prompted Russia’s intervention in the 2016 U.S. presidential election.

Since Sergei Magnitsky’s murder, Mr. Browder has sought justice outside of Russia and started a global campaign for governments around the world to impose targeted visa bans and asset freezes on human rights abusers and highly corrupt officials. The United States was the first to impose these targeted sanctions with the passage of the Sergei Magnitsky Accountability Act in 2012, followed by the Global Magnitsky Human Rights Accountability Act in 2016. Canada, United Kingdom and the European Union have passed their own versions of the Magnitsky Act. Mr. Browder is currently working to have similar legislation passed in other countries worldwide.

Bill Browder has a degree in Economics from the University of Chicago, and an MBA from the Stanford School of Business. 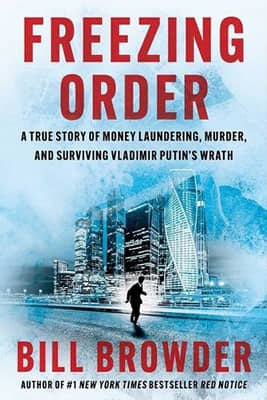 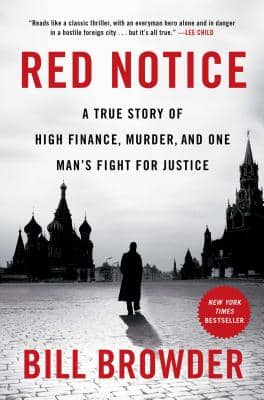