Amor Towles is an American novelist. He is best known for his bestselling novels Rules of Civility, A Gentleman in Moscow, and his latest book, The Lincoln Highway.

Released in October 2021, The Lincoln Highway is an exhilarating ride through Americana. Set in 1954, it tells the story of eighteen-year-old Emmett Watson who returns home to Nebraska after serving fifteen months on a juvenile work farm for involuntary manslaughter. His mother is gone, his father has died, and the family farm has been foreclosed by the bank. Emmett plans to pick up his eight-year-old brother and head to California where they can start new lives. Before he can set that plan in motion, he discovers that two friends from the work farm have a different plan for his future, one that will take the four of them on a fateful journey to New York city. Told from multiple points of view and spanning ten days, Amor Towles’s third novel is a multilayered tale of misadventure and self-discovery with an eclectic cast of characters, from drifters and vaudevillians to the aristocrats of the Upper East Side. An absorbing, exhilarating ride, The Lincoln Highway is a novel as vivid, sweeping, and moving as readers have come to expect from Towles’s work. It was one of the New York Times 100 Notable Books of 2021, a Washington Post Best Book of the Year, one of Barack Obama’s favorite books of 2021, and #1 on Amazon’s list of the Best Books of the Year.

Mr. Towles’s first novel, Rules of Civility, published in 2011, was a New York Times best-seller and was named by the Wall Street Journal as one of the best books of 2011. It has been translated into over 15 languages and optioned by Lionsgate to be made into a feature film. Mr. Towles’s second novel, A Gentleman in Moscow, was published in 2016 and was on the New York Times bestseller list for over a year in hardcover. It was named one of the best books of 2016 by the Chicago Tribune, the Washington Post, the Philadelphia Inquirer, the San Francisco Chronicle, and NPR. It has been translated into over thirty-five languages including Russian, and was optioned to be made into a miniseries starring Kenneth Branagh.

Born and raised in the Boston area, Amor Towles graduated from Yale College and received an M.A. in English from Stanford University. 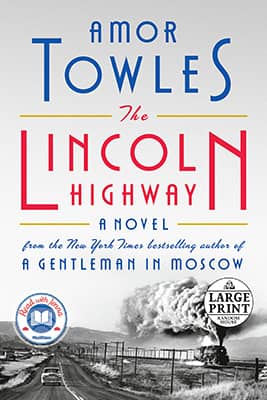 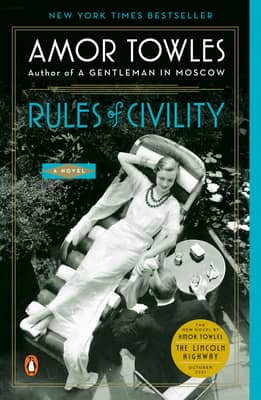 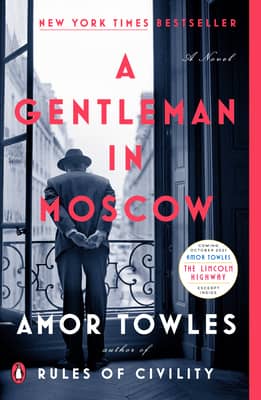